Well, to put it bluntly, it was rough.  Apparently I am not built for 14 straight days in a 15×15 room with awful food and zero access to the outdoors.  From the cheez-whiz sandwiches to the yelling (lots of yelling) to the cockroaches I found in my room, it was solid material for some Kafka-esque nightmares and a private meltdown or two.  Though I knew it was a possibility that I’d be hauled off to a government facility, my hopes went sky-high when the first four of five checkpoint stations at ICN Customs went well – I was ready to go to my apartment for the mandatory quarantine – but the man at the fifth and final stop reversed their decisions and I was tagged and put on an unmarked bus to an unknown destination more than 2 hours away.

I tried my best to stay sane with my study books, a giant New Yorker puzzle, blanket knitting, mask sewing, practicing (during the few hours that “noise” was permitted) and a workout routine in the tiny yoga-mat-shaped space at the foot of my bed would allow, but I’m not sure I succeeded.  Doing my taxes seemed like additional cruel and unusual punishment; the lack of creative and inspiring space (aka fresh oxygen) made the idea of embarking on editing my new album a dangerous endeavor.  So, I did the best I could, amidst a case of full-body stress hives, counting down every hour until freedom came ringing.  At the price of $2K one would think perhaps a walk each day – even if masked and distanced – and good food might be in order as no takeout is permitted, but no.  Sadly, though Korea is a leader in virus mitigation, contact tracing, and compliance, they’re way behind with vaccine rollout, which makes it tricky for those who are fully vaccinated being looked at with amended restrictions.

But, I suppose the silver lining is that it made my first walk outdoors and my first real meal even more divine.  I had to remind myself that this was part of the privilege of being able to live abroad during this time, and that there are many people on this planet without food or shelter.  And, I had a few “angels” who managed to sneak some special life-saving snacks into the facility for me ~ something I’ll be forever grateful.

And then came freedom.  My dear cousin made the trek down from the city to rescue me and we spent my first glorious day together eating heavenly, home-cooked food, and taking long walks outside.  It was like being reborn.

I’ve just hit the one-month mark of Seoul life, and it is grand.  A bustling city that is all at once deeply Korean and remarkably Western amazes me by its sparkling subway stations, fiercely abiding citizenry, and an abundance of delectable cuisine.  Everyone waits patiently in single-file lines to board the trains, and escalators – no matter how narrow – always leave room for one clearly standing line on the right, and one passing lane on the left.  It’s wonderfully adventurous to be living in an environment that feels so foreign yet so at-home.  Life is nearly normal here, with businesses open and live concerts (remember those?) nightly.  Except for one thing – 100% compliance: I have, to this day, never seen a single person out in public – no matter if outdoors or in (unless eating) – without a mask.  Funny how things can be so different when an entire population believes in science.

My master class series as a visiting teaching artist at Seoul National University began just 48 hours after my release from quarantine and has been a dream ever since.  The students are kind, engaged, and world-class musicians.  The facilities are fabulous, and set at the foothills of Gwanaksan mountain, the campus is rather breathtaking.  I’m also on the study train myself to learn more about the history and culture of my ancestors (on the docket this week is gender standards from the Joseon Dynasty to present) and to kick my language skills into high gear (perhaps my 2nd-grade Korean will ascend to 3rd grade soon!) – how cool and bizarre it is to be taking notes and writing essays again, just like old times.  The forever-nerd in me is loving living in the joy of fresh notebooks, new pens, and study guides.  Next month I begin my study of traditional music, art, and dance at the National Gugak Center – the centerpiece of my choosing Seoul as my sabbatical home base.  The Center is celebrating their 70th anniversary this year, and I was able to catch their opening festival performance – it was mesmerizing.

It’s a beautiful time right now as the cherry blossoms are in full bloom and the temperature is warm during the day and cool in the evenings.  The pollution can be a bit rough, but thanks to a few amazing phone apps, one can track the air quality so quickly and easily before heading outdoors.  Street markets are full with fresh fruit and vegetables and Coupang (Korea’s Amazon) makes nearly instant delivery a total luxury.

Job one after moving into my apartment was to find a place to climb.  After scouting out a bouldering gym in my very neighborhood and a fabulous big-wall gym out in the suburbs, I managed to get adopted by a wonderful and international climbing community – with whom I went last week to climb one of the most glorious peaks in Korea: a 2,700-foot, 8-pitch trad route to the summit of Insubong in Bukhansan National Park.  It was epic.

I’ll leave you here with a couple of fascinating articles I’ve come across in my studies and, as always, a photo diary.

from The New Yorker: About Face
from The University of California Press: Women in Choseon Korea 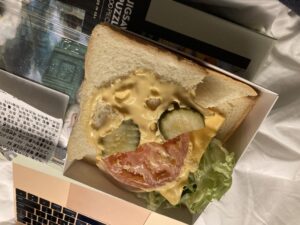 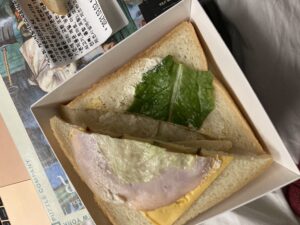 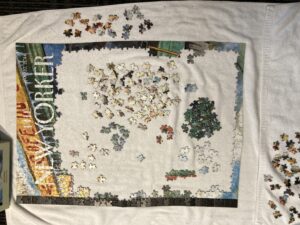 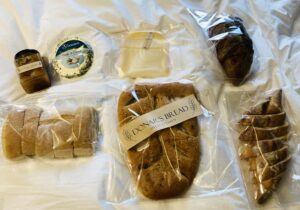 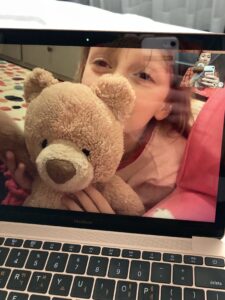 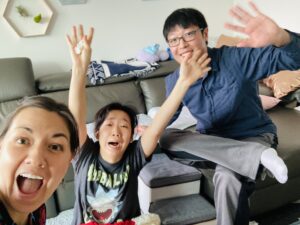 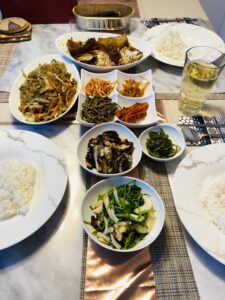 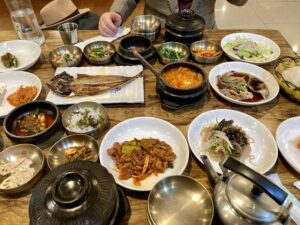 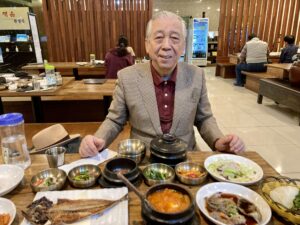 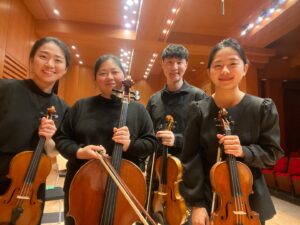 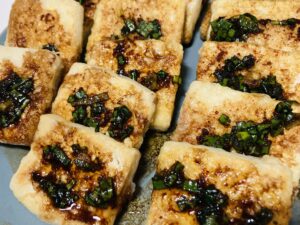 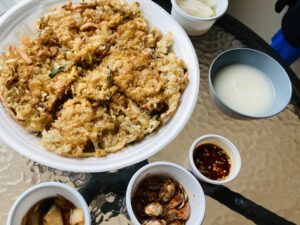 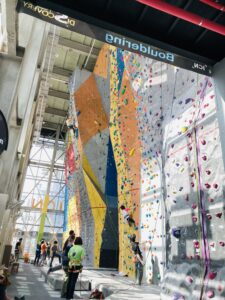 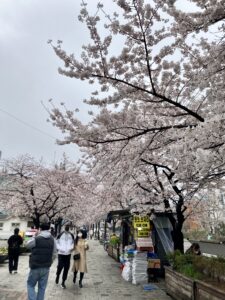 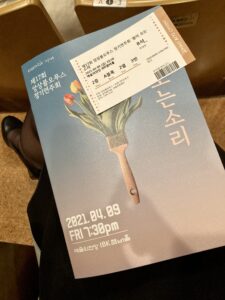 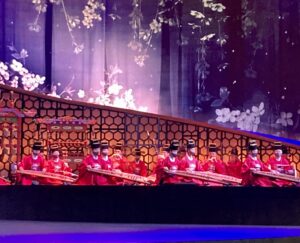 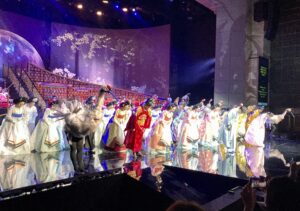 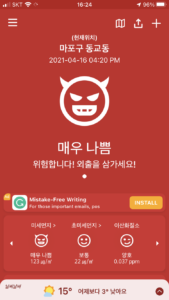 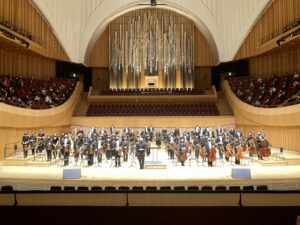 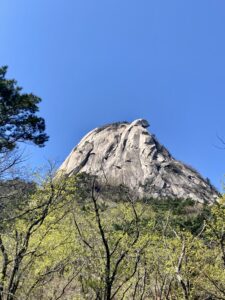 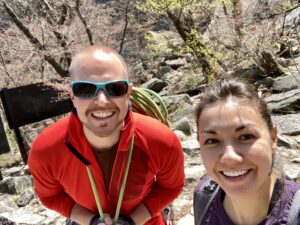 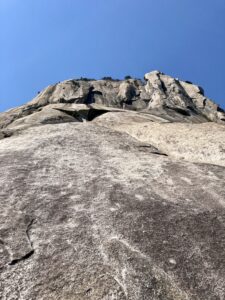 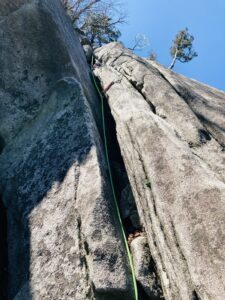 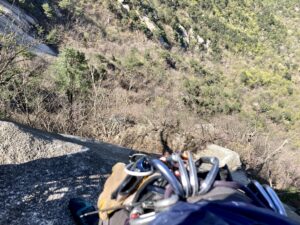 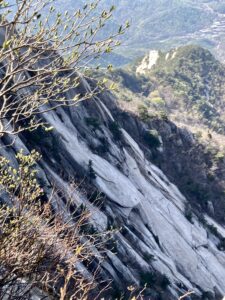 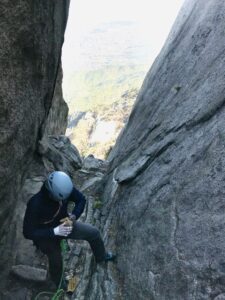 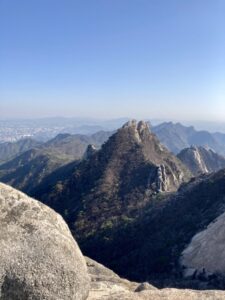