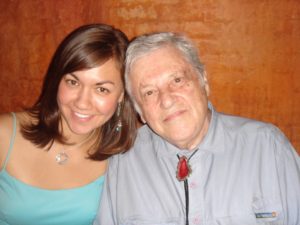 There is little I can write here that could possibly do justice to paying tribute to Robert Mann, my teacher, mentor and musical guru during my six years at Juilliard.  Husband, father, grandfather, violinist, teacher, composer, conductor, and venerated founder of the Juilliard String Quartet – he was a truly remarkable creature.  I had the great honor of seeing him and playing for him on two different occasions just days before his passing – once with my quartet and once for the Mann Family’s legendary chamber music concert/holiday party.  As we say goodbye to another musical giant: with deep admiration and gratitude for all I learned from you, Rest In Peace, Bobby – you have left behind a remarkable legacy, and we will do our best to carry your torch onward.

December began with a bang, with my quartet’s Music and Isolation program featuring works by composers operating in different types of isolation – geographic, aural, and psychological – at the MET Museum.  To hear the sounds of Carlo Gesualdo and Hildegard von Bingen (arranged by our dear friend Alex Fortes) in Gallery 534 was transportive, and we were excited to get a pretty cool review in the New York Times.  Now it’s off to prepare for the third concert of our residency, this time exploring Japan Across the World (February 23 @ 7pm).  From there it was a 6am flight to Minneapolis to join my dearest camrades in the Twin Cities for a program of Stravinsky chamber music including his incomparable “L’histoire du soldat,” and then back to Cornell to finish out the semester and see my students through a truly exceptional recital.  I’ve rarely been so moved to hear a concert like that – my heart was so full.

Three new strings, two sleeps and one rental car later, I found myself in Philadelphia preparing for a concert with the quartet and Jonathan Biss as part of the Curtis Presents concert series – playing the Dvorak Quintet has never felt so invigorating and fresh.

From there it was off to the West Coast to volunteer with my beloved colleague Scott Krijnen and his ever inspiring orchestra classroom at Castillero Middle School.  Corry’s parents, Larry and Trudy Rankin, were also able to join us again for the third time to participate in our musical goings-on and meet the young boy who now holds Corry’s cello – an honor that falls to the 8th-grade principal cellist each year.  Watching Scott’s energy, demeanor, encouragement and teaching of life knowledge in that orchestra classroom is entirely magical.

Back to New York I went to enjoy a huge snow storm (snow day, baby!) from the coziness of my condo and to prep the recording of five new works that were written for and premiered by the Aizuri Quartet.  I’m happy to say that the album is now officially “in the can.”  From sound sculptures to melodicas, broken bow hairs to the talkback button, video crews to full takes, it was a complicated, exhausting, but wonderful adventure.  A warm thank you to Oktaven Audio and Ryan Streber for their fantastic work on every level.  Stay tuned…the album “drops” on New Amsterdam Records in September!

Unfortunately my entire holiday break was spent decked with some crazy strain of the flu – influenza A2 – knocked me flat and landed me in urgent care followed by 23 hours a day in bed, everyday for 8 solid days…serious bummer.  I suppose an optimist might call that a forced vacation?  The lovely thing, was, I was able to be at home with family and lean on them as I became strong again.  Luckily I had another concert and some master classes to give in the Twin Cities later in the month, so I got to return again in a much healthier state.  The annual family concert of the CMSM was so special: Bartok duos with Papa Kim in honor of Mr. Mann (we even used his old score that he left us the last time he played those in Minneapolis) to a Leopold-and-Wolfgang rivalry and Peter Child’s gorgeous new work, “The Tale of Peter Rabbit” for mixed chamber ensemble and children’s chorus.

After some educational outreach visits at the Blake School, Trinity at River Ridge, and a master class at the Northern Lights School of Violin, we were greeted by another blizzard in Minnesota!  It was my second unexpected but warmly welcomed snow day in just over one month.  Both St. Paul and Minneapolis canceled school for nearly two full days (unheard of when I was a kid back in the day…y’all have gotten soft!).  I managed to sneak out at just the right moment to catch a flight to Boston where I joined A Far Cry for their Guardians of the Groove program – and if I may say so, the group sounded quite groovy.  I had a chance to catch up with some old friends and family from different convergences of life in-between our rehearsals, which was total soul food.  From our last concert I hopped on a couple of puddle-jumpers to find myself back at my office doorstep ready to greet my students and hit the semester running at Cornell.  This coming Friday will be my first concert of the semester on campus – Schubert’s Grand Duo on gut strings tuned down to A=430 with preeminent fortepianist, Malcolm Bilson.

As I look back over the last six weeks and realize – on a personal level – how dark things can sometimes be, I was reminded by a dear friend of a beautiful proverb:

Just when the caterpillar
Thought the world was over,
It became a butterfly.

I leave you here, as always, with a little photo diary of my goings-on and shenanigans over the last couple of months. 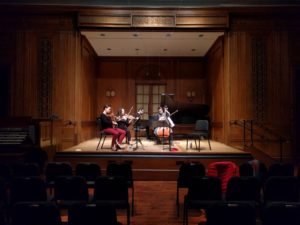 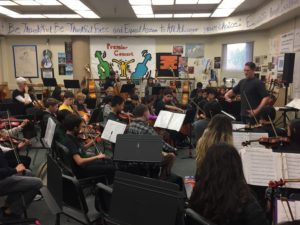 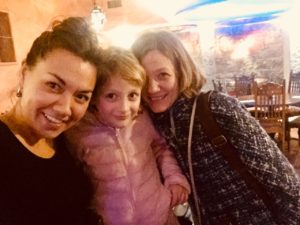 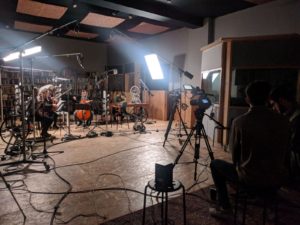 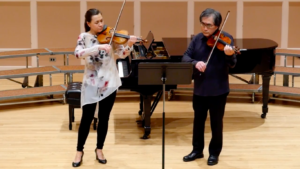 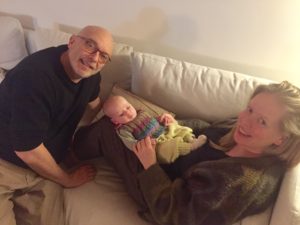